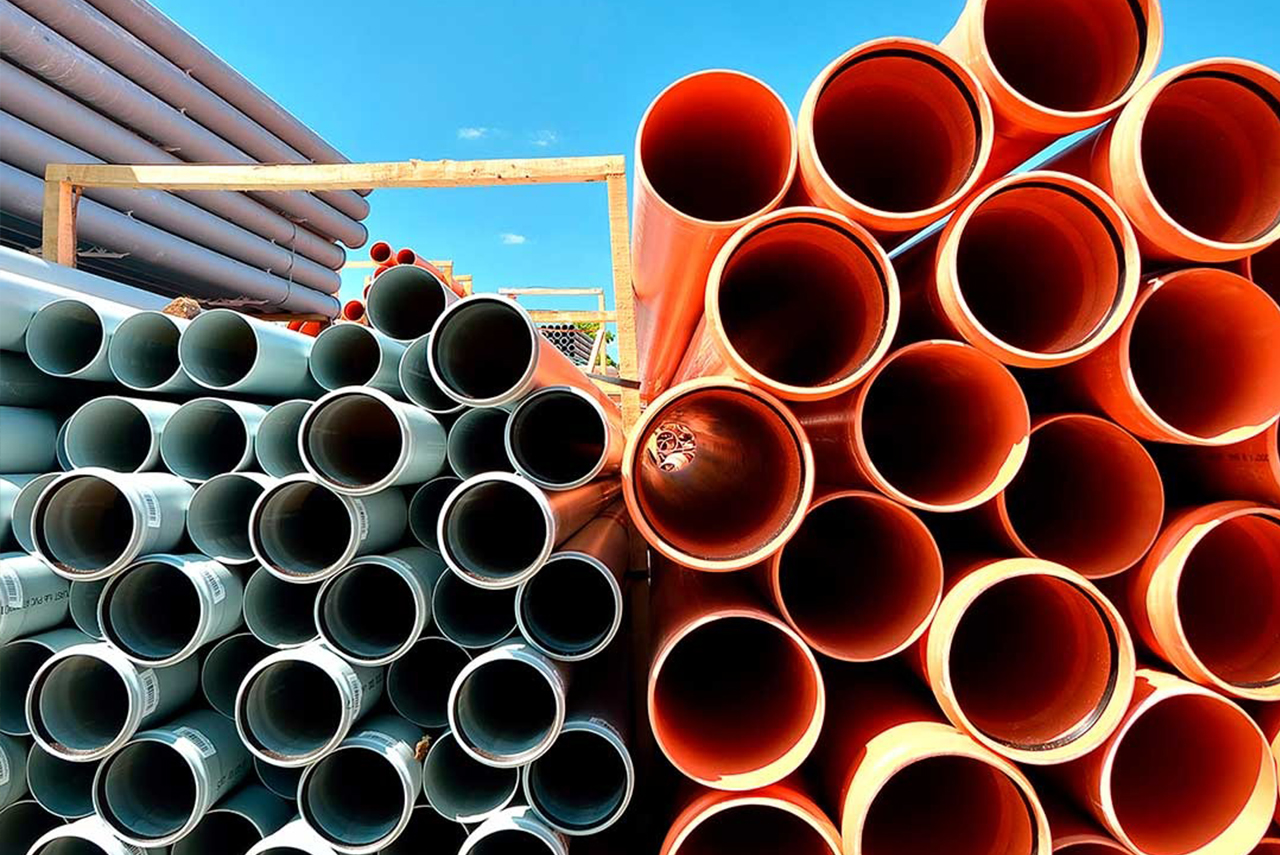 Can you imagine a house without pipes? Probably not. After all, contractors use them for many major elements of the house.

Of course, no other construction component requires pipes more than the plumbing and sewage system.

Whether it’s for clean water transport or drainage, pipes play an essential role in the efficiency, sanitation, and safety of the entire structure.

Although there are still other materials used for pipes today, plastic has become a prime choice for this plumbing element. In fact, manufacturers have developed a wide range of plastic pipe options for water distribution that also has other residential and commercial uses.

From ABS and HDPE to PVC pipes, below are the five types of plastic pipes used for water transport today:

Because of their characteristics, ABS pipes are often the primary choice for underground and exterior applications involving extremely cold temperatures and in locations away from direct sunlight.

ABS pipes contain bisphenol A (BPA), a chemical known to boost durability but has been questioned for its safety. Note, however, that BPA is considered safe to use by health authorities in specific amounts.

You’ll find most ABS pipes used in drain, waste, vent lines, and other outdoor and underground applications. They are also utilized in sewer systems and as a form of electrical insulation.

Short for polyvinyl chloride, PVC is a type of plastic with a wide range of uses – piping included.

Besides being more flexible than ABS, PVC pipes are also known to last up to 80 years, depending on the conditions of application.

Most PVC pipes are white, though others come in various colors as well. The different hues and markings printed on the pipes serve as indicators of their specific use.

For example, purple pipes with black prints are commonly used for reclaimed water.

PVC has arguably the broadest range of plumbing uses among all plastic pipes used for water supply.

It often works as a water main or drainage pipe, but it has also been used for irrigation piping. You may even find some in water systems built into swimming pools and spas.

One of the few exceptions is hot water distribution and any other application involving temperatures higher than 140 degrees Fahrenheit.

Chlorinated polyvinyl chloride (CPVC) pipes are made from chlorine-treated PVC plastic. The additional chlorine treatment boosts the plastic’s strength and adds a biofilm inside the pipes, hindering bacterial growth.

Most CPVC pipes have an off-white or cream color. However, some pipes have a tinge of light grey or yellow.

It sports the same diameter copper and cross-linked polyethylene (PEX) pipes, which means the fittings used for the two also work with CPVC piping.

Like PVC, you can also find bell end and plain end CPVC pipes in the same thickness (Schedule 40 and 80).

Unlike the latter, CPVC can withstand up to 180 degrees Fahrenheit, making it a viable choice for cold and hot water lines. This is the reason why these plastic pipes are most common in industrial plumbing.

Of course, CPVC pipes are also found in houses to distribute potable water.

Although they are more flexible, these pipes can crack when exposed to freezing conditions. This explains why CPVC isn’t used underground.

High-density polyethylene – more commonly known as HDPE – is a type of plastic used to make everyday items such as bottles, helmets, containers, cosmetics, and toys. Because it is non-toxic and odorless, HDPE has also been a popular choice for water pipes.

HDPE pipe fittings and pipes can last for over 50 years.

Although usually available in black or white, polyethylene pipes can also be color-coded based on what they are used for (liquid or gas).

Because HDPE pipes are tough and sanitary, they can be used for almost all plumbing applications, especially potable water circulation.

They can also help reduce water pressure due to their low friction coefficient, which supports smoother water flow.

HDPE pipes also have high chemical resistance, making them a prime choice for transporting corrosive substances like acids and alkalines.

Cross-linked polyethylene plastic or PEX is a flexible material manufactured using medium- to high-density polyethylene (HDPE). It’s the newest addition to the plastic water pipe family and is sometimes referred to as an eco-friendly option for green buildings.

PEX pipes are known for their ease of installation, though they do require a special crimping tool for more permanent connections.

PEX may also have a higher price tag than the rest of the plastic pipes listed here.

PEX plastic pipes are color-coded, depending on how these are used (e.g., hot or cold lines). In terms of size, they come in quarter-inch to three-inch nominal diameters.

Because of their flexibility and capacity to curve around obstructions and tight corners, PEX pipes are used for hydronic radiant heating and hot-and-cold water distribution systems inside buildings and houses.

Plastic pipes are arguably the most preferred choice in commercial and residential plumbing, particularly for water distribution. Each comes with its own advantages, so choose wisely among the members of the plastic pipe family using this article as a guide.

Looking for HDPE and PVC pipes for your next project? Visit our products pages or contact us for more details on how to restock your supply.